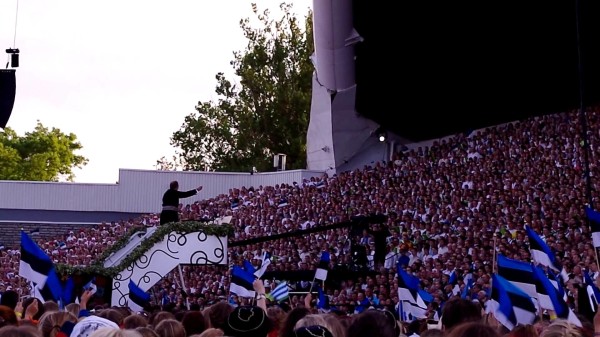 “The song “Mu isamaa on minu arm” (“My fatherland is my love”) is traditionally the last song of the Song Celebration in Estonia. During the Soviet occupation, this song became its unofficial anthem and was mainly one of the reasons to attend the Song Celebration during Soviet regime – just to listen to this song and have hope in the better future. This song brings still tears to the eyes of Estonians.”