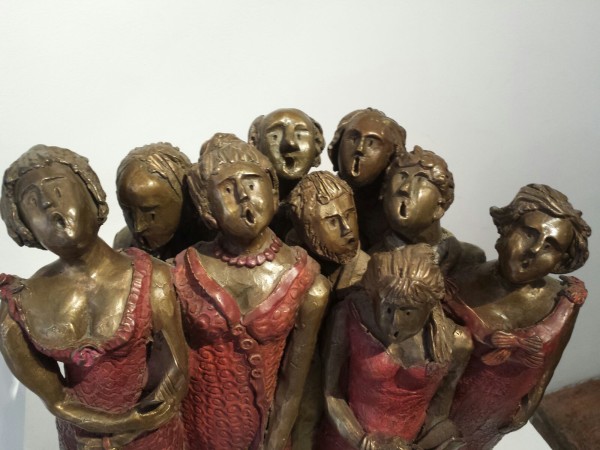 Pensieri dallo Spazio:”Singing is an effective way to make new friends as an adult…”

Singing helps large groups of adults bond quickly.
Research has found that adults today have fewer friends than they did in the 1980s...

Research has found that adults today have fewer friends than they did in the 1980s, and that more people say they have no one to discuss important stuff with.

No really, cue them — and sing along. A new, small study suggests that singing is an effective way to make new friends because it helps us bond quickly with others.

Over a period of seven months, the classes met weekly. During the first, third, and final months, researchers asked participants to indicate how close they felt to their classmates.

Results showed something surprising. Although participants in all the classes felt closer to their classmates by the study’s end, participants in the singing classes developed that closeness much more quickly.

As for why exactly singing facilitates fast group bonding, the researchers say one possible reason is that everyone does it at the same time. Compare that to creative writing or crafting, where everyone is working on an individual project. Another potential cause, according to the researchers, is that singing involves muscular effort, which triggers the release of certain molecules that can make us happier and more willing to cooperate.

The takeaway here is that singing can be a great icebreaker among large groups of strangers (remember office karaoke night?), which can facilitate individual friendships down the line.

“Really close relationships still depend on interactions between individuals or much smaller groups,” Pearce said in a release, “but this study shows singing can kick start the bonding process.”